Clayton (formerly Clayton’s and Claytonville) is a city in Contra Costa County, California, United States. The population was 10,897 as of the 2010 census. The public schools of which the minors of Clayton attend include: Mt. Diablo Elementary School, Highlands Elementary School, Diablo View Middle School, Pine Hollow Middle School, and Clayton Valley Charter High School. The Clayton branch of the Contra Costa County Library system is located in Clayton.

Clayton prospered during the coal mining boom in eastern Contra Costa County. The post office opened in 1861. Following a previous incorporation attempt in 1960, Clayton incorporated in 1964 in order to stave off an annexation attempt in 1963 of the Cardinet Glen neighborhood by nearby Concord. After steady expansion during the 1970s to the east and west from its original boundaries, Clayton’s land area more than doubled in 1987 to near its present-day boundaries with the annexations of the Dana Hills/Dana Ridge and Clayton Wood subdivisions, as well as the former Keller Ranch property that was developed during the 1990s with the Oakhurst Country Club.

On December 7, 2009, it snowed in Clayton and Concord for the first time since the 1970s. On September 8, 2013, fire broke out on Mount Diablo. Called the Morgan Fire, it started at the mercury mine area of Morgan Territory Road. The fire grew quickly and threatened homes and livestock. Evacuations were ordered for several areas, including Oak Hill Lane and Curry Canyon. It took over 1000 firefighters and eight aircraft to extinguish it. Full containment was announced on September 14, 2013, having burned 1,259 ha (3,111 acres). 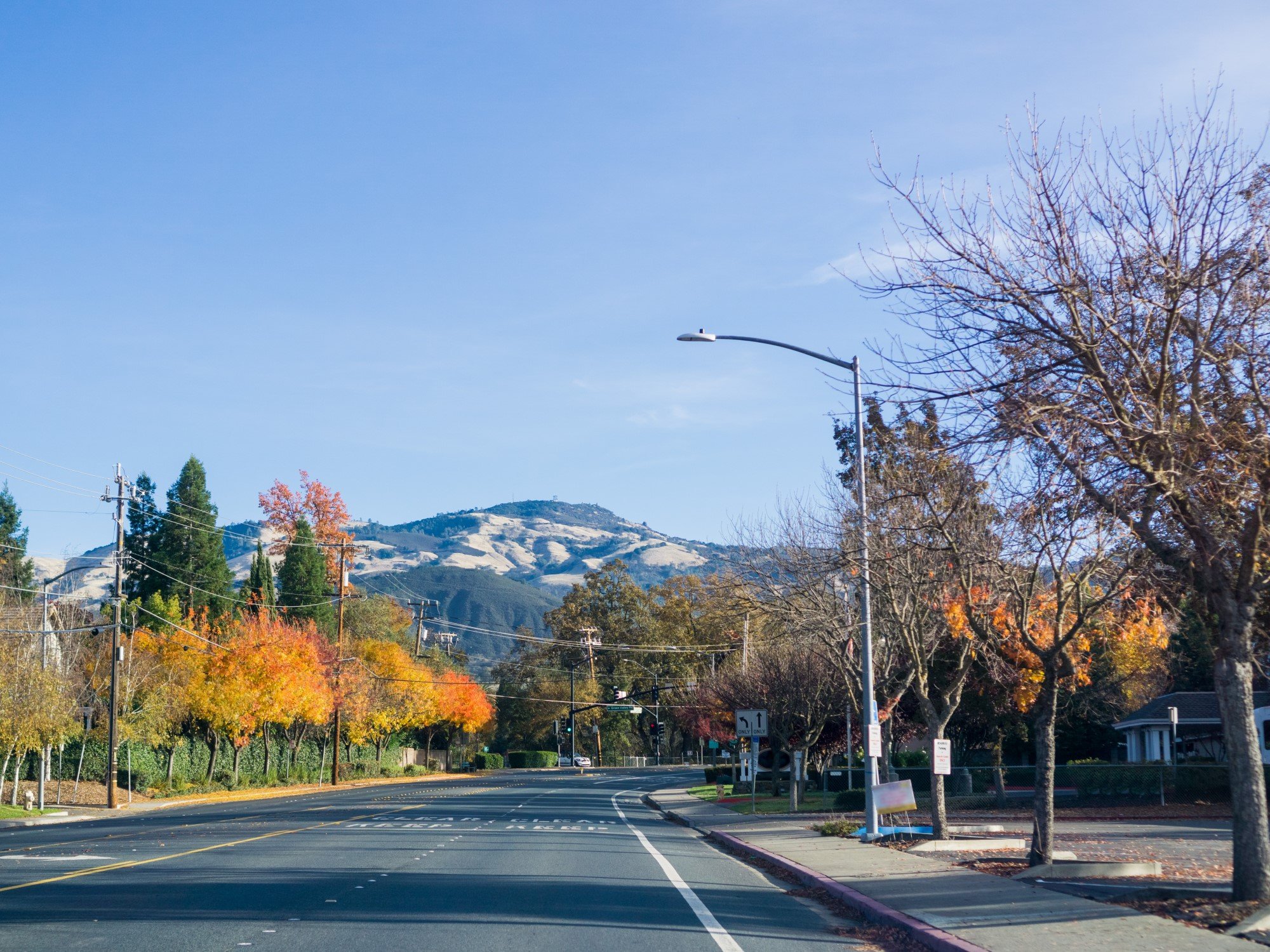