… or shall I say, how Freddie Mac (and Bank of America) is sending a house on the road to foreclosure on purpose?

Yes, I said it.  I have a condo listed since November.  We started high based on previous sales in the complex, and later dropped the price according to the market conditions, trends and recent sales.  It was easy to show and on lockbox.  Its challenge however is that its not been updated since the 1970’s, it is pretty “vintage” (aka original), has some repairs needed, borders an “industrial” area and unfortunately has been smoked in.  The plus side though is that I have a very cooperative seller who first tried for loan modification, was turned down for HAFA (as it was a Freddie Mac loan) and consulted with the 3rd party HUD approved work out company Bank of America enlisted to contact the borrower.

Sound familiar?  Yes, the seller that does “everything right.”  And like many, wants to “do the right thing.”  But boy has Bank of America and Freddie Mac made it impossible.

I’ll spare you all the nuances, but the short story is…..

First and only offer since we listed in October came in during February at a price lower than our list price.  BPO agent comes and does his valuation.  Bank of America counters us at higher than we were listed!  As I refreshed the comparables, I realize the price is firmly higher than comps.   In fact, I even contacted the BPO agent (though he was less than appreciative) and asked if he made a mistake and thought the condo was in the neighboring town!?!?!

For locals, you know there is a difference between Concord, and Pleasant Hill sales, trends and values.  This condo is literally on the border of the two towns.

The Bank of America rep didn’t seem to appreciate my reaction, I was shocked at the value.  So I appealed their value.  I provided comparables within 1/2 a mile.  I didn’t go miles away, I didn’t go to another town, I didn’t go for less beds or baths, I stayed within 10% of the square footage.  I found COMPS (meaning they were COMPARABLE), that were legit.

So Freddie Mac ignored some comps apparantly, and valued it at higher than a price we couldn’t sell at for over 71 days? We priced higher initially as this is a “unique” complex and the last sales in here, did sell considerably higher than some surrounding properties, but the fact is now, there hasn’t been a sale there in over a year. We have to look at neighboring comps.

It seems pretty clear doesn’t it?  Doesn’t it appear there is an ulterior motive here?  At this point, B of A has declined the offer, Freddie Mac declined my value appeal, and now, closed the file.  Bank of America says I need to get a more “reliable” buyer.  My opinion is that it will not even appraise for a buyer at what they want.

If it has been declined based on a formula based on their loss, fine.  If they get paid more money on foreclosure, fine. Just be up front so we don’t all waste our time.

By the way, no Notice of Default is filed, so it will be months and months before this home forecloses.

I just thought something this obvious needs attention. Not sure we’ll find a more “reliable” buyer to pay more than the condo is worth – but we’ll put it back on and submit again if we get another offer. In fact, this complex is not FHA approved, so it’s even harder to find a buyer.

Calgon, take me away….

(Oh by the way, yes I did try to call Freddie Mac directly. Freddie Mac will not talk to anyone they say.  They will only talk to their servicers. So no help there. I tried to escalate through Bank of America with absolutely zero response except from the negotiator who ultimately closed the file today.) 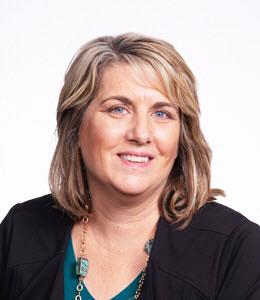